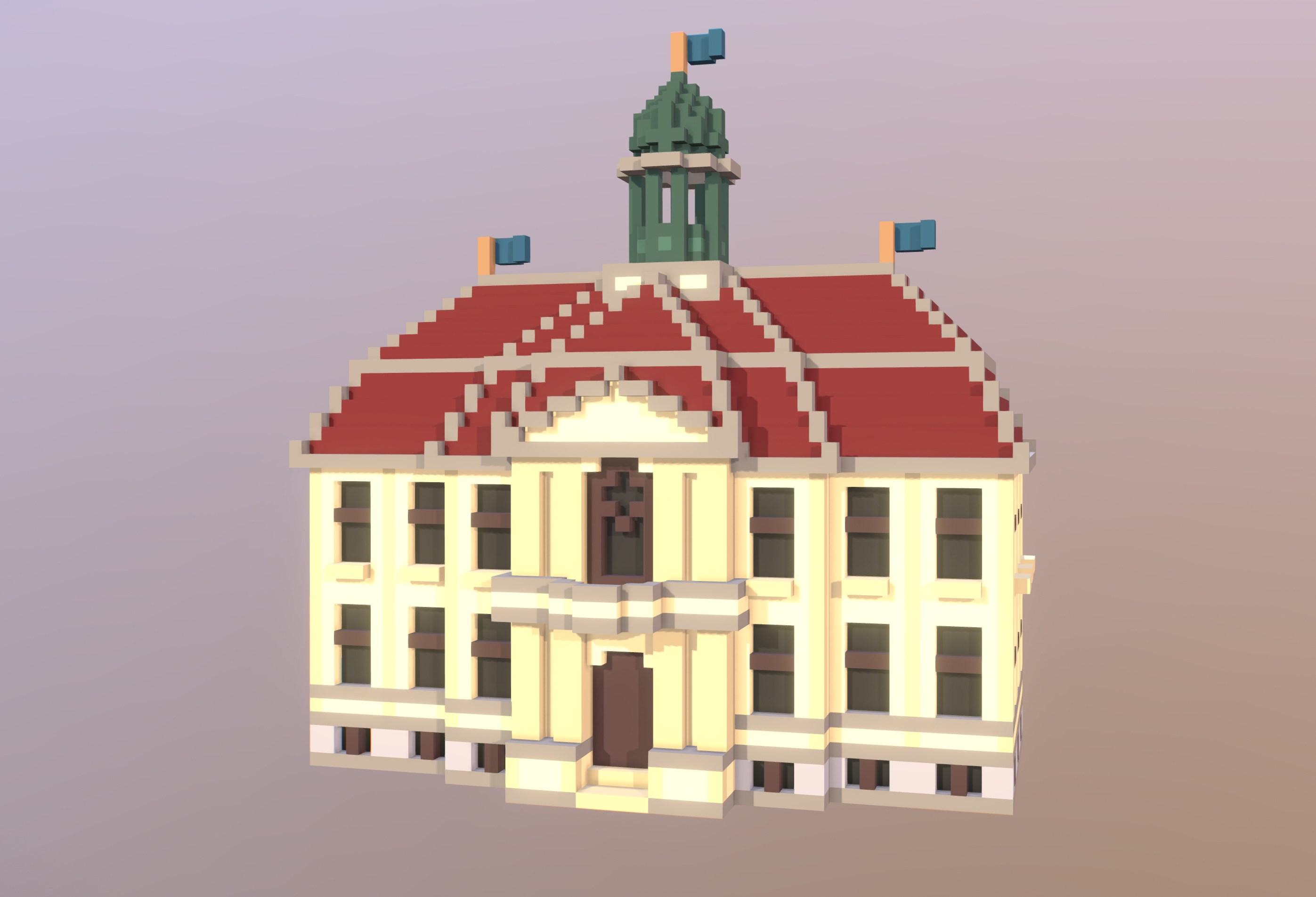 And again, it’s time for a new devloper update – lots of things have changed, we are very close to release, and we even have a new product announcement!

VoxVR Viewer will release together with VoxVR as a separate application. VoxVR viewer allows you to view voxel models you have made with voxel-software like Magica Voxel, Qubicle or VoxVR in Virtual Reality. It’s basically a lite version of VoxVR, which just doesn’t allow placing Voxels.

The CI of Broken Vector and it’s products is clean and professional, – as VoxVR is – but the logo wasn’t. So we came up with those two new logos:

We not only finished the Main-Menu and the Spectator-Menu (the UI you see when looking at your desktop), we implemented a new Tool-Menu (the UI you’ll use in VR to select your color and tools) again!

“Wait What? I thought you just implemented a new Tool-Menu last dev blog!” That’s absolutely right – and we did it again. We weren’t totally happy with the one we had before, because there were some usability issues – and as you know, we want VoxVR to be the user-friendliest and polished software we are able to make, so we totally redesigned the UI:

The Spectator UI, which can be accessed from the desktop

The New Tool-UI: More VRish and easier to use than the flat 2D UI, we had before.

To save the voxel-data as well as the environment, we invented our own file format. It’s a binary format, which gets compressed to a very small .vxvr file.

The signup-phase is already over (it was announced via social media and the Newsletter), but if you still want to participate, write us an email.

Yeah! We added Steam Workshop integration and it works just great! It’s awesome to browse through user-created models, and import them with just one click. Currently, the Workshop is only accessible by Alpha testers of VoxVR.

We just released VoxVR 1.0.4 – while these dev blogs are more about big changes, you can find a detailed changelog over here.

This blog’s featured artwork, created with VoxVR, was made by our lead designer Mezaka (he also did lots of the UX and design work of VoxVR). It’s a town hall, inspired by the original in Teterow:

Townhall by BrokenVector on Sketchfab